A product of tradition and craftsmanship
-Value of Marugame Uchiwa fans- 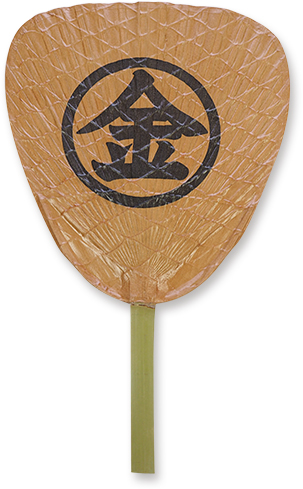 History and culture that has continued for over 400 years, since the Edo period

It is said that the chief priest of Konpira Shrine devised the "Shibu Uchiwa,” a fan coated with fermented persimmon tannin, bearing an official seal of the shrine in 1633. Later, they became prevalent nationwide as a souvenir of the Konpira Shrine pilgrimage.
Around 1887, the Marugame Uchiwa were exported to China and the United States. The increase in export shaped the current manufacturing practice that consists of specialized production processes including cutting out frames from bamboo, mounting leaves on the frames and painting the leaves.

Kagawa Prefecture became Japan's number one producer of bamboo fans due to the materials, including woodblocks, knives, paper, glue, and bamboo, being located and sourced in Marugame City. 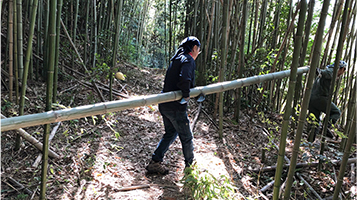 The production of the fans starts from procuring a giant timber bamboo (3-5 years old), which is then used for making fan frames. Identifying an optimal bamboo tree for intended size and design is one of the essential skills of the craftsman.

Craftsmen work together on the procurement, a challenging task, to cut down and transport bamboo exceeding 10m in length. Depending on the size and design, approximately 100 to 200 fan frames can be produced from a single bamboo tree. 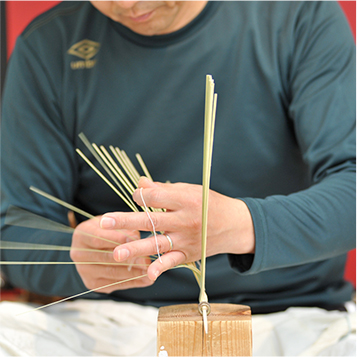 Although 90% of fans in Japan are made in Marugame City, most of them are machine-made plastic fans. Among the fans that are used in Japan, 99% of bamboo fans are imported, which indicates domestic share is extremely small.

Although marketed as Marugame Uchiwa fans, many low-priced fans are made of bamboo frames made in China. Currently, just over a few dozen craftsmen, including certified members and trainees, are engaged in traditional production of Marugame Uchiwa fans, but the number is decreasing due to the aging population. 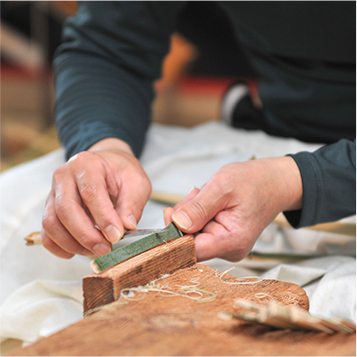 Relaying tradition to the future

In 1997, Marugame Uchiwa fans were designated as one of the Japanese Traditional Crafts by the Japanese Ministry of Economy, Trade and Industry.

In the following years, trainees have been recruited from the public to learn the craftsmanship as part of the successors training program. Most of the existing craftsmen were trained in this program.

The market share of genuine handmade Marugame Uchiwa fans is too small to endorse the authentic craftsmanship behind the quality, making the numbers of the craftsmen difficult to grow. 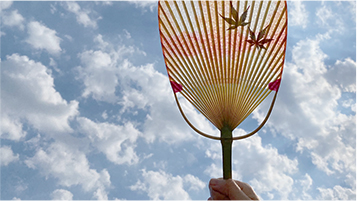